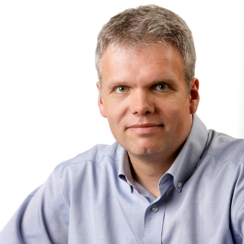 Stefan Everling focuses on the cognitive control of eye movements and visual attention, using both high-density single neuron recordings in awake behaving nonhuman primates as well as fMRI in humans and nonhuman primates. His recent studies on the homology and dynamics of resting state networks in humans and NHPs opens up the possibility of doing resting state studies in NHPs across a whole variety of interventions that are not possible in humans. He leads the development of the nonhuman primate facility at the Centre for Brain and Mind at Western, serving as the Director of this facility since 2003.

We focus on the prefrontal cortex and anterior cingulate cortex, cortical regions at the anterior end of the brain that have long been known play a central role in orchestrating complex thoughts and actions. Dysfunction of the prefrontal cortex have been implicated in many psychiatric and neurological disorders, including schizophrenia, autism, and attention-deficit hyperactivity disorders.

We employ a combination of sophisticated behavioral training with neuro-physiological techniques. These techniques involve extracellular recordings of the activity of multiple single neurons in different brain areas, microstimulation, neurochemical injections, cortical cooling, and physiological identification of connections with antidromic activation.

One of the fundamental questions in neuroscience is how flexible control of behaviour is implemented in the brain. How are we able to respond automatically to a stimulus in one situation and suppress this automatic response in favour of a voluntary, goal-directed behaviour in a different situation?

Brain disorders are one of the major causes of misery challenging society today. Diseases or damage to the frontal part of the brain, including psychiatric disorders, stroke, and head trauma, often result in profound cognitive disabilities. These disabilities leave functions such as sensation and muscle strength unaffected, but cause patients to have problems with mental functions such as concentration and memory. These symptoms place an enormous physical, mental and social burden on patients, their families, employers and the public health care system. In order to develop improved diagnostic and therapeutic techniques, we need to understand the neural processes in the prefrontal cortex and we have to know how changes in the neurochemistry in this area influence cognitive or executive control.