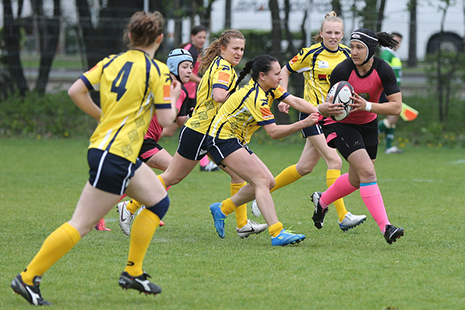 By studying the metabolite levels in the brains of female varsity rugby players using MRI, researchers suggest that a regular season of play could cause changes in the brain that are similar to those caused by a concussion, though less severe.

The researchers, from University of Western Ontario, used sophisticated Magnetic Resonance Imaging (MRI) to study the female players’ brains at the beginning of the season, after experiencing a concussion, and again at the end of the season.

“What we found is that the players that had suffered a concussion during the season had a large reduction in the level of a metabolite called glutamine,” says Robert Bartha, PhD, professor at Western’s Schulich School of Medicine & Dentistry and Scientist at Western’s Robarts Research Institute, in a media release.

“We also showed that players that didn’t have a concussion had a similar but smaller reduction of this metabolite called glutamine, when we looked at their baseline measures compared to their after-season measures.”

Glutamine is an important part of the glutamate neurotransmission cycle in the brain, and a reduction in glutamine suggests there may be a shift in this glutamate-glutamine cycle, the researchers suggest.

“Glutamine is a very interesting metabolite because it is involved in a number of different processes in the brain,” Bartha adds. “Glutamine is also a byproduct of glucose metabolism, so lower glutamine could be the result of lower glucose metabolism. Under some conditions it can also be used as an energy substrate, so if the brain needs a lot of energy, it can use some of the glutamine to power the cells.”

These metabolite changes persisted even after the clinical scores for concussion had returned to normal and the athletes were cleared to return to play, the researchers add.

They suggest that these metrics may be more sensitive to brain injury and could aid in assessing recovery of brain injury from concussion.

The study was published recently in Human Brain Mapping.